Construction of condition precedents in favour of the assured

The fair construction of condition precedents has been considered by the court in the recent case Wheeldon Brothers Waste Limited v Millennium Insurance Company Limited [2018] EWHC 834.

The Claimant, Wheeldon Brothers Waste Limited, ran a waste processing plant at which various wastes were separated into combustible and non-combustible materials, the latter of which were recycled and turned into fuel cells. Following a fire in a conveyor at the plant the Claimant tried to claim under its insurance policy with Millennium Insurance Company Limited, but insurers avoided the claim on the basis that there had been breaches of various condition precedents to liability. The thrust of the case focused on the requirement that combustible waste should be stored six metres away from any plant and machinery. This led the court to consider the construction of “combustible” and “storage”. In so doing the court agreed with a number of principles in relation to condition precedents put forward by counsel for the Claimant.

It was within the above context that the court considered and construed the ‘fair’ meaning of both “combustible” and “storage”. In so doing the court acknowledged that the starting point was to give words their “ordinary and natural meaning…objectively considered.”

Although expert witnesses for both sides agreed that, from a scientific perspective, combustible meant “any material that burns when ignited, including items that smoulder”, this was not the definition accepted by the court. The court agreed with the Claimant’s position that some materials which would be “deemed” combustible under the ‘scientific’ definition would not be considered combustible to a lay person. A distinction was made between items such as paper and cardboard which a lay person would “readily identify as combustible because they are readily ignitable and burn readily” and diamonds, which are not generally considered combustible, but have been proven to be under the right conditions. Though some materials were within six metres of plant and machinery, comprising of mostly glass, stone, or soils, they were not combustible within the lay person’s understanding or the construction applied by the court. Therefore, this did not amount to a breach of the condition precedent.

The source of the fire was accepted as being the accidental collection of some combustible materials at the bottom of a conveyor which duly combusted and ignited the conveyor belt. In construing the definition of storage, it was proposed by counsel for the Claimant, and accepted by the court that “storage” requires a “degree of permanence and a deliberate decision to designate an area to place and keep [a given] material”. Therefore the accidental build up, which occurred as a result of machine failure, did not amount to storage and there had not been a breach of the condition precedent.

The case is a reminder that the courts will construe any ambiguous terms broadly, with an appreciation of what would be understood by a layman. Secondly, as with any onerous contractual term, its effect should be clearly drawn to the attention of the affected party.

Whilst this decision reiterates the current law and understanding with regard contractual interpretation of policy terms and the operation of conditions precedent to liability in insurance contracts, it also highlights the need for such clauses to be clearly drafted to avoid any arguments over ambiguity. In addition, it is helpful to have commentary on matters such as the definition of “combustible” and “storage.” At Edwin Coe we deal with numerous claims arising out of fires at waste recycling facilities and these are issues which are regularly raised and debated.

For further information regarding this topic or any other insurance matters please contact Nicola Maher, Partner or any member of the Edwin Coe Insurance Litigation team.

Nicola has particular expertise advising policyholders on substantial property damage claims arising as a result of fires, thefts or floods and advising in respect of material damage, under-insurance and business interruption claims, assisting businesses to secure efficient resolution of claims and to maximise recoveries, if necessary, through litigation, mediation or arbitration. 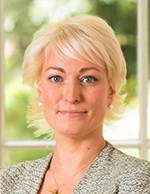 Get RWA Insight In Your Inbox

Regular business news and commentary delivered direct to your inbox each week. Sign up here